Welcome to the wonderful world of dreams! I believe dreams DO have meaning and can reveal a lot about your unconscious mind. I created this site to help you use the powerful self-knowledge hidden in your dreams. Understanding dreams is one of the best ways to take you to a better place.

Join The Email List To Get the Latest Updates

What it Means When you Dream about the Moon (Hidden Truths) 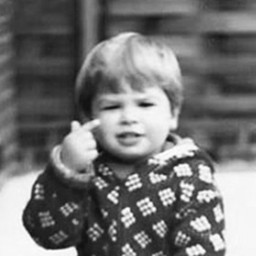 It’s the brightest object in the sky other than the sun!

A moon dream is one of the most commonplace types of dream.

We’re all influenced by the moon on a daily basis. As a result most people experience this symbol in their sleep at some point.

Studies have shown that we can achieve better self-esteem, creativity, and relations, by taking note of our dreams.

Do you want to unearth the real meaning and powerful self awareness hidden in your dream about the moon?

I’ll tell you everything you need to know below.

What Does it Mean to Dream About the Moon?

In general, dreams about the moon are closely associated with femininity, creativity, and intuition. The constantly changing moon phases symbolize the cycles of life. And dreaming about the moon often means something about our emotional side and variations in mood.

The cycles of life are something we’re all naturally aware of.

The seasons change. Day turns to night. And our own personal situation in life changes constantly as well.

The moon is a powerful symbol of this kind of cyclic change. For example, think about the way the moon affects the tide.

Dreaming about the moon suggests the same kind of cyclic meaning. The moon represents our emotional side.

Like tides of changing feelings, difficult to control and inevitable.

This is closely linked to another well established meaning of the moon, which is femininity.

Note that your feminine side has nothing to do with gender. Feminine energy is all about emotion, creativity, intuition, nature, and love.

Femininity is the opposite of masculine energy. Both masculine and feminine are considered important in order to feel balanced in life. 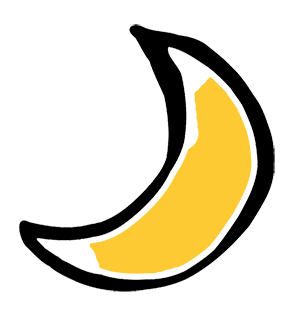 The appearance of a celestial body like the moon in your dreams is generally a positive omen. However it depends on the setting and events going on around the moon dream symbol.

Interesting note: The Moon is also associated with the color silver which is said to represent the feminine aspects of your psyche. (Psyche = your mind, soul, and spirit).

Is it Good to see the Moon in a Dream?

The planets and celestial bodies have been considered good-luck symbols since antiquity.

“wish upon a star”

“Reach for the moon”

“One small step for man…”

OK, maybe not that one 🙂

Seeing the moon in a dream is mostly a good thing. It can be considered a way for your subconscious to invite new and exciting opportunities in your creative endeavors and relationships.

But you must have faith in yourself to be able to see something through.

I Dreamed of Flying to the Moon 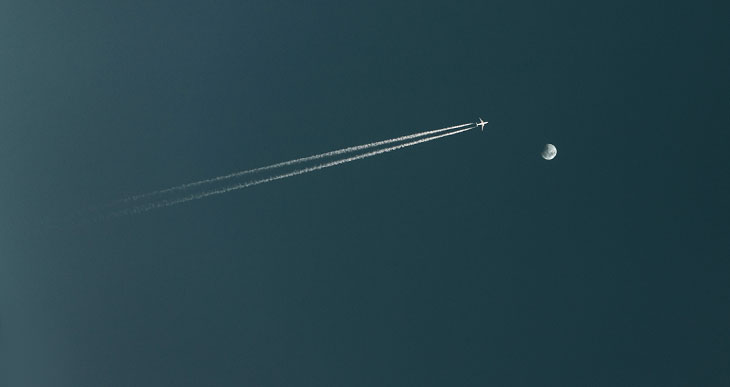 Have you got that tune in your head?

The one sung by Frank Sinatra?

“Fly me to the moon, let me play among the stars !”

A dream about traveling to the moon might represent a need to experience the potential of your imagination or to seek inner wisdom.

I actually had a dream like this once. I knew I was flying to the moon, but I wasn't on an ordinary rocket, and I had no space suit. The whole experience provoked no fear and I felt quite triumphant! I took this as a positive reflection of events in my waking life, because it felt so good. But I also took some time for private introspection about my place in life.

Dream interpretation is not just about the things or images you perceive while you sleep.

Everybody's dream metaphors are specific to that individual. Your meaning might not be the same as my meaning.

Think about the symbolism of the moon and what associations it means for you personally.

A moon dream can also be interpreted differently depending on the context and how you felt in the dream.

What other things are happening? What are your surroundings like? And what was your reaction?

Finally, remember that dreams are very often a reflection of the things happening in your waking life.

Does the moon dream relate to something you experienced during your conscious activities?

It could be there’s a simple, and perhaps boring reason, for seeing a vision of the moon in your slumber! 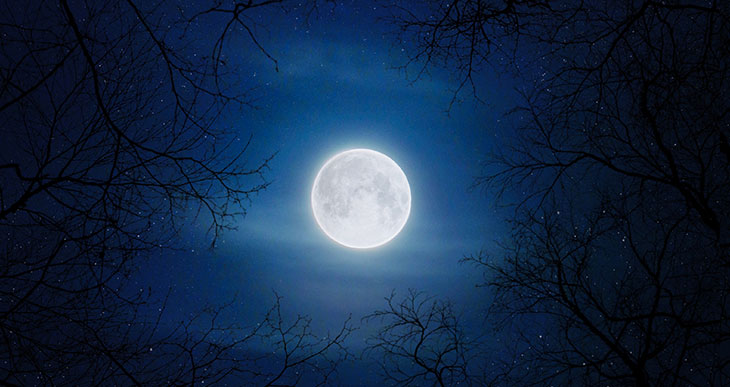 As a rule, to dream of a huge full moon characterizes hope, especially if you’re going through a difficult moment in life.

The moon is a heavenly body which cycles around the earth once a month. And once during that cycle we get a full moon.

It’s not a frequent event. Hence the saying:

“Once in a full moon”

The Latin name for moon is “luna” which is the origin for the word “lunatic”. But don’t worry, the apparition of a big moon in your dream doesn’t mean you’re going insane.

This is when moon is at its most mature phase. A dream of the full moon is usually associated with hope, optimism and confidence. It could be a sign from your unconscious self that things should work to your advantage.

Be optimistic about your waking aspirations.

It’s a long-standing idea that the full moon can have an effect on human behavior. Research has shown that we actually sleep less well during the full moon. What happens is this: we find it more difficult to enter the REM (rapid eye movement) stage of sleep, which is the moment when we dream!

To dream of a rising full moon is a symbol of increasing status. It is also thought to be a sign of coming into money.

What Does it Mean to Dream About the Crescent Moon 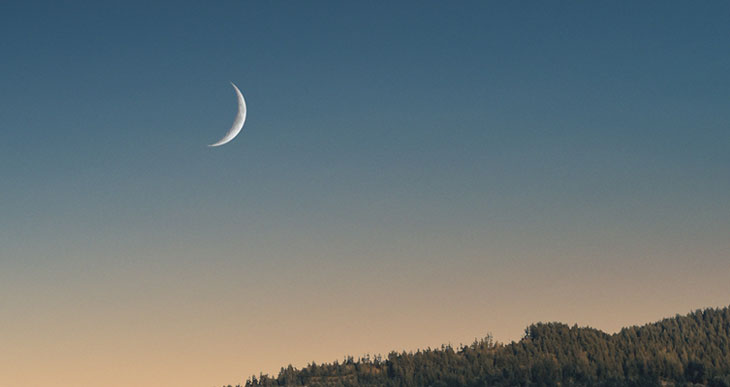 A crescent shape in a dream is symbolic of powerful creativity and femininity. But a crescent moon has too opposing meanings and depends whether the moon is waxing (the growth stage) or waning (the stage of decline).

Possibly beginning or ending of something

Here’s more about these opposite meaning - waxing and waning 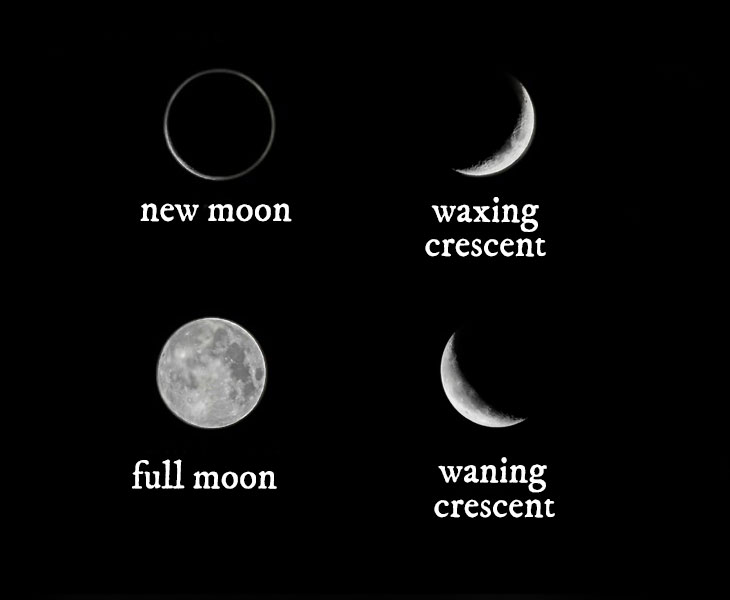 When the moon is waxing, the illuminated portion of the moon is increasing. The moon resembles a reverse C-shape, and represents growth, expansion, and positive personal development in life.

Perhaps your subconscious is making you aware that this is a good moment to form new ideas and the incubation of new things in your life.

When the moon is waning, we see a C-shaped crescent as the illuminated part decreases and the moon disappears.

Beware of negative emotions like this in your waking hours and think of ways to preserve your positivity!

Generally speaking, a dream about the new moon represents rebirth and the renewal of your soul and spirit.

This is generally considered an auspicious dream. For some, the appearance of a new moon, or looking at the new moon over your right shoulder in a dream, is considered a positive sign.

In astronomy this is the first phase of the lunar cycle and the moon is actually invisible because it's shadowed by the earth. You can however still perceive the moon because it blocks out the starts behind.

To Dream of an Eclipse of the Moon

To see an eclipse in a dream is generally considered a warning sign. A lunar eclipse could be a sign that the balance of your psyche or inner self is being overwhelmed by negative emotions from your conscious mind.

A lunar eclipse occurs when the earth moves between the sun and the moon, casting the moon into shadow.

In many cultures this disappearance or invisibility implies death.

Don’t take this too literally.

It could simply be a sign from your subconscious that you're letting go of things in waking life, or letting ideas die. Possibly in relation to your creative or emotional side.

To Dream of the Moon Turning Red 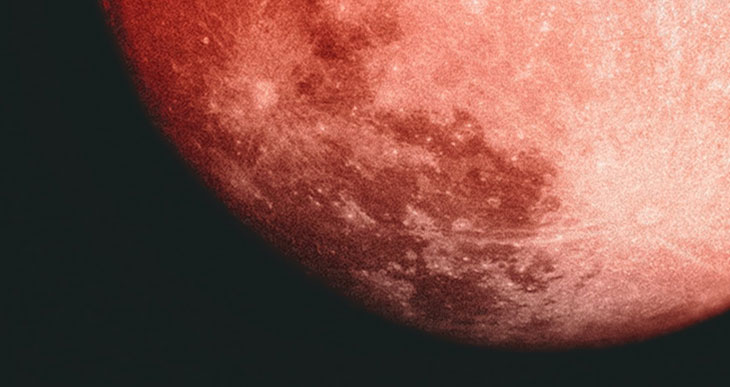 It is generally accepted that a red moon, or blood moon, is a symbol of struggle and difficult times to come. It is closely associated with the symbolism of a lunar eclipse.

When a moon turns red it’s known as a blood moon. This can be quite an unnerving, and seemingly supernatural sight.

In astronomy, a blood moon is a phenomenon linked to a lunar eclipse. When this happens the moon is shadowed by the earth (just like during an eclipse of the moon), but can still appear red in color, because light from the sun is reflecting off the earth's atmosphere onto the moon.

A dream of a red moon might be a way for your subconscious to send a warning to be vigilant in the conscious world.

What Does Seeing Two Moons in a Dream Mean?

Double moons in a dream represent ideas of duality and opposites.

The psychologist Carl Jung would relate the idea of pairs or doubles as “the opposing forces of light and dark that reside in each of us”.

So what does a double moon mean?

This dream can have a double meaning 🙂

There are always two sides to a situation or two extremes. It could represent:

Your own dream interpretation could be negative or positive. Think about your personal situation and what’s happening in your life. Try to make a connection with one aspect or another.

Dream About the Moon Exploding or Falling

Apocalyptic dreams including an exploding or falling moon could be a sign of deeper emotional unrest. However, remember that the interpretation of such a vision is very likely to be symbolic and not a sign of the end of the world as we know it.

This kind of dream is likely to be a reflection of some kind of personal turmoil or difficult struggle in your day to day life.

Things like moving away from friends, changing jobs, being forced outside your comfort zone, are all big upheavals for most of us. This has unbalanced your emotional composure. And it’s a sign that you no longer feel in control.

This is a totally normal response. Rest assured.

This dream is not a foreboding of the end of the world, but probably just a big change in your waking world.

Our fears are often irrational. Seek comfort in the idea that the reality is almost always less serious.

“The best bridge between despair and hope is a good night’s sleep.”

See Matthew Walker, Why We Sleep: Unlocking the Power of Sleep and Dreams.

In dream language, silver moonlight is often associated with the feminine qualities of intuition.

The dim light of the moon is popularly associated with intuition.

Perhaps your dream is trying to communicate your hidden powers and potential?

To Dream of the Sun and Moon Together

To see the sun and the moon at the same time represents balance.

The sun is the center of the solar system and symbolic of success. The moon depicts creativity and imagination. Both dream symbols together are a good omen.

What does the moon symbolize spiritually?

In Christianity a crescent moon symbolizes the Virgin Mary and is considered a sign of good fortune. The appearance of the moon in a dream could be focusing on your faith.

In the Book of Revelation a blood moon is considered an omen to apocalyptic events.

Our dreams contain a huge amount of valuable insights. Dream interpretation can help lead to a more satisfying and joyful waking life.

Why Do I Keep Dreaming About My Childhood Home?

Dream of Losing Keys (What Does It Really Mean?)

Dream About Punching Someone And It Doesn’t Hurt Them (Answer)

Please log in again. The login page will open in a new tab. After logging in you can close it and return to this page.